However, in order to leave the city of gold when it suddenly begins flooding, one person has to stay behind to hold open the stone door to the drainage tunnel beneath the city, an action which would result in certain death. Wilkinson demands to go first by threatening Abigail, so Ben agrees to stay behind. Wilkinson and Ben debate over who goes and who stays (therefore dying). However, pounding of waves and the water causes Wilkinson to be the one to stay behind. Ben gets knocked off the door opener and gets trapped under the door, meaning either Wilkinson stays behind or everybody drowns. Wilkinson, wanting to earn his place in history by discovering Cíbola, sacrifices himself to allow Ben and the others to escape. Ben barely gets out of the flooding room while Wilkinson drowns but not before Ben promises to give Wilkinson partial credit for finding the treasure. 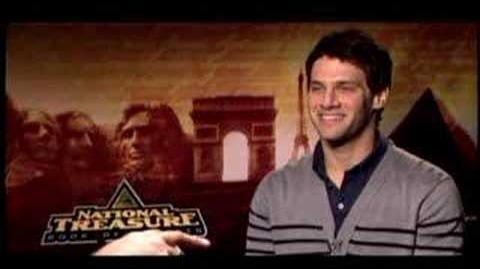